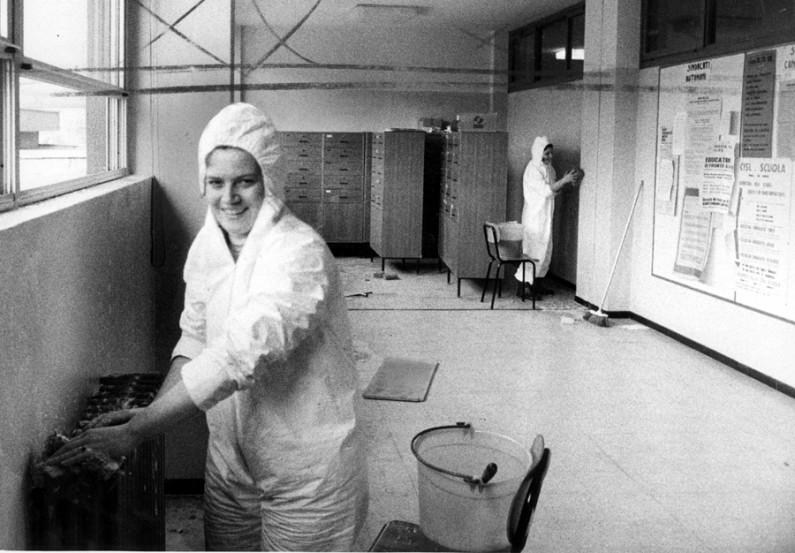 The financial transaction undermined the court procedure brought forward by the Region against the chemical plant of Meda arising from the lawsuit initiated by the public prosecutor of Monza in the aftermath of the disaster. The lawyers of the Region pointed out that if they were to wait for the court proceedings, discussions of indemnities would have been made after many years and that it would have been difficult to obtain 103 billion.


More
On 30 December 1981, the Mayor of Seveso, Giuseppe Cassina, in confronting the arguments presented in the Court of Basel by Hoffman-La Roche that emphasized the lack of willingness of the municipality of Seveso to negotiate, he responded to the Swiss multinational by saying: “The fundamental point we would like to propose to you is the following: we were and are still willing to reach a settlement agreement, subject of course to making the necessary contact with you. In this regard all our efforts have been fruitless up to this moment […] We would like to reiterate once more our previous and current willingness to make necessary contact for the negotiations.”
On 9 February 1982, following the annotation of 30 December by Cassina, Hoffman-La Roche confirmed its readiness to reach an agreement and wrote: “On the other hand, as is apparent from the exchange of correspondences between our lawyers, and from the documents deposited before the courts, since the beginning of the dispute we have never refused to meet for negotiations. We absolutely reject any responsibility of our company for the consequences of the incident on 10 October 1976.″
On 10 September the following year, the municipal council of Seveso approved the agreement drawn up, in which, Givaudan “while contesting its legitimacy and responsibility” agreed to pay the amount of 15 million Swiss Francs of which 1.5 million as a reimbursement for legal and lawyers’ fees.
When the settlement agreement was defined, other agencies involved in the case including the municipality of Seveso, assured the waiving of any other further requests and actions, be it in criminal or civil proceedings, except for requests for future damages unforeseeable damages, if a link with the incident was proven.
In his speech Mayor Cassina emphasized the importance of the decision the municipal council was about to make because such a decision would assume “a historical significance,” since it was generated by an event that put the population of Seveso and its territory “in the centre of the world’s attention, although almost always in a negative light.” Three days later, on 13 September, the Mayor of Seveso and the President of the Board of Directors of Givaudan, Jean Jacques de Pury, signed the settlement agreement at Lausanne.
Hence within three years, la Roche through Givaudan, concluded all open contentions with the Italian authorities involved in the leakage of the toxic cloud, and at the same time through its offices in Milan, settled more than 7,000 lawsuits with payments made directly to private individuals for a total amount of over 200 billion Liras paid by the multinational company in Basel.