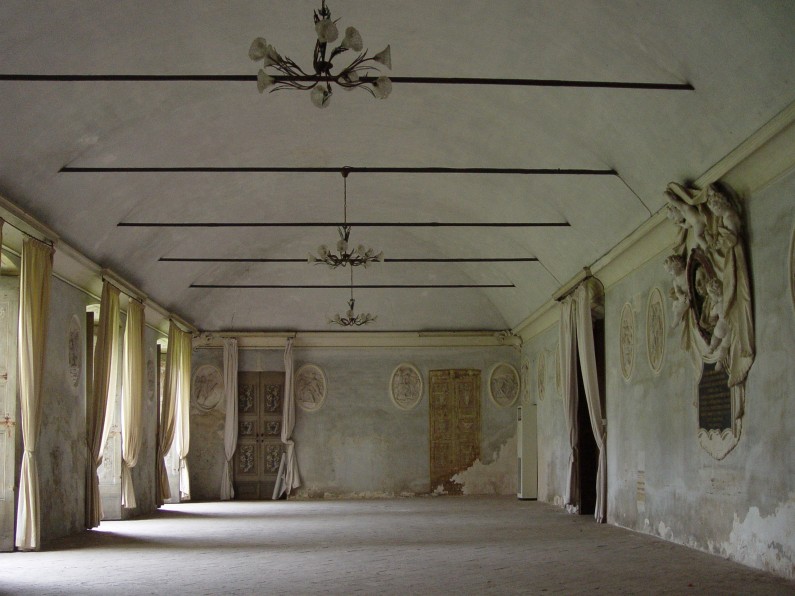 In the majestic complex of Bollate, the Arconati Family constituted one of the most prestigious collections in Lombardy in the 17th-18th centuries.. Galeazzo Arconati undoubtedly started the collection which was crucial to his future artistic choices. This passion arose from the influence of his many youthful travels to Rome, in compliance with traditions of those times and in response to the educational programme of the aristocracy and nobility of Milan.


More
These first contacts with ancient art led him to become a great art enthusiast and protagonist of the artistic scenario of Milan in the 17th century. For example, Galeazzo had a museum built inside the villa, with a long rectangular hall decorated with relief stuccos of different shapes of medallions representing historical and mythological scenes involving figures from the Greek and Roman worlds.Today, at the centre of the main wall of this hall, there is a bust framed within an oval, marble medallion, held up by four relief cupids, and surrounded by a drape representing Galeazzo Arconati: a tribute made by his descendants and completed with the dedicated inscription dated 1753. On the right of the hall a niche opens out, which still today hosts one of the most famous items of the collection – the statue of Pompeius Magnus. The space is painted with false reliefs depicting Roman eagles, armours and two male figures enclosed in painted niches, while in the background is a deceiving play of an opening that reveals an architectonic view of colonnades with golden capitals, storiated parapets and a building opening upwards from a square space. On the ceiling of the niche, decorated with false stucco with flowers and symbols recalling war, is the painting of a battle scene between the Roman army with its standard containing the inscription “SPQR” and an opposing population of enemies that is very obviously defeated.
As reporters of that period recounted, the Arconati collection boasted works of the greatest Italian artists, among which were Parmigianino and Tiziano, and was also embellished with rare works, like some important sculptures of the Roman age and the tiles and sculptures of the tomb of Gaston de Foix, a work of Agostino Busti also called Bambaja. The latter belonged to the unfinished funeral item currently kept at the Ancient Art Museum in the Sforzesco Castle in Milan, which Giuseppe Maria Arconati, grandson of Galezzo, recognised as a particularly valuable item bought in 1690 from the Santa Marta monastery in Milan. That same year he also set up a room to host the most important items of the collection which once also contained the Atlantic Code of Leonardo da Vinci, donated in 1637 to the Ambrosian Library, and bought by Galeazzo Arconati at a non-specified date from the heirs of Pompeo Leoni.