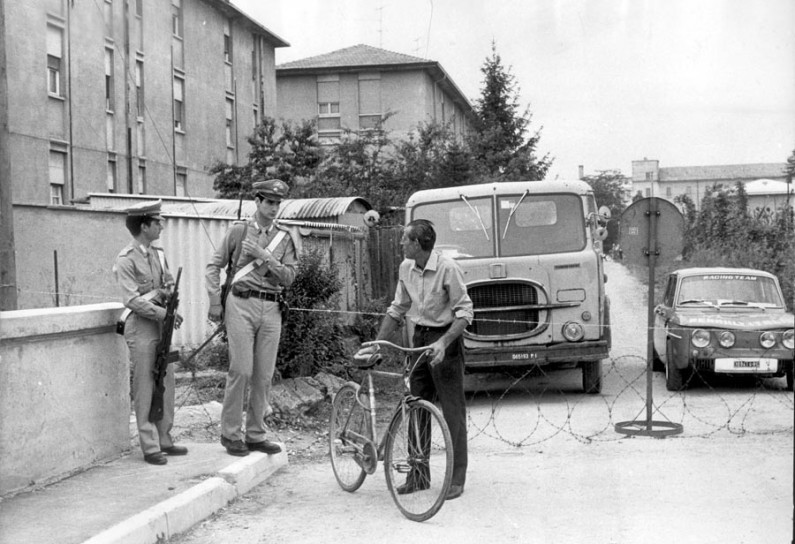 Between 26 July and mid-August 1976, a total of 204 families – 676 inhabitants of Seveso and 60 of Meda were evacuated from “Zone A” and hosted in hotels in Assago and Cormano. The inhabitants of “Zone B” and “Zone R” – or respected zone – were subjected to preventive measures such as the prohibition to cultivate and consume agricultural and animal products coming from “Zone B” and “Zone R” and the prevention of access to children, and pregnant women.


More
The residents of Zones “B”and “R” were asked to comply with a series of instructions such as the intensification of personal hygiene, and were prohibited from raising animals and cultivating plant products and were to abstain from procreation. On 26 July 1976 the daily paper wrote: “Yesterday morning 200 people found themselves behind the barbed wires set up in the San Pietro district by soldiers of the 3rd Horse-drawn artillery division. The military convoy arrived in front of the municipality of Seveso at 8.30 in the morning […] under a pouring rain the men started rolling out the dual-line of barbed wire, and set up barricades to block the entrance roads to the district and stuck fence poles into the ground.”
“It was terrible to leave everything behind – an inhabitant of “Zone A” declared – down here we built our homes by working even on Sundays and holidays. This village was created with our families and we don’t know when we shall return.”
On the basis of the level of contamination, “Zone A” was divided into seven sub-areas (“A1/A7”). The inhabitants of zones “A6/A7”, that consisted in 67% of the population evacuated, were able to return home at the end of 1977. All the buildings of zones “A1/A5” were instead demolished and more than 200 people did not return to their homes. A great part of these people decided to remain in Seveso and rebuilt, also due to the indemnities received, their own houses in another zone of the town.
ImagesVideoAudio