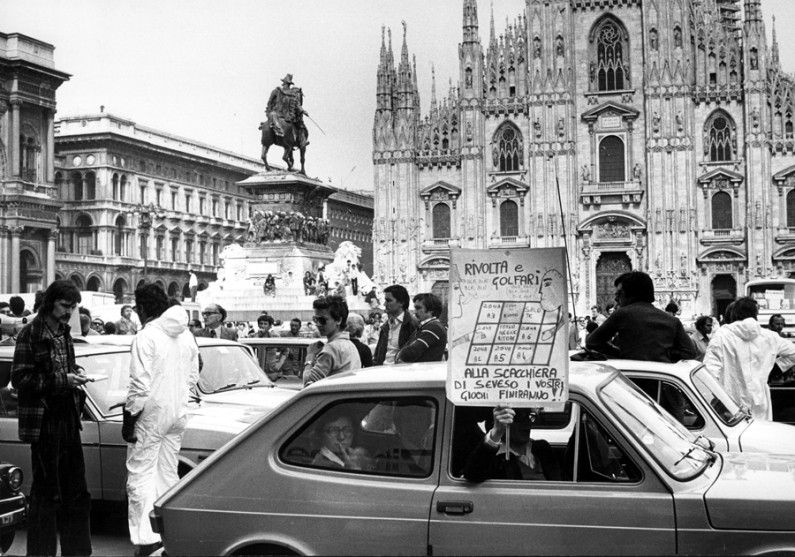 On 25 March 1980, after negotiations began, the Interior Undersecretary, Bruno Kessler, and the new President of the Regional Council, Guzzetti, announced that they had reached an agreement with Givaudan to make sure that the company from Vernier-Geneva assumed its responsibility and paid the sum of 103 billion and 634 million for the “Seveso disaster.” Kessler spoke of “courage” illustrating the sense of the initiative, while Guzzetti added that “a dispute” that could last for years was avoided and that the “compensation that sprung up was practically equal to the estimated damages.”


More
Antonini and Palmieri, two lawyers from the Legal Board of the Region, recalled that it was the first time a multinational company accepted to pay for damages caused by a “sister company.” The negotiations specifically included a payment of 7.5 billion to the state and 40.5 billion to the Region for decontamination costs incurred through the years, while Givaudan paid 47 billion for the decontamination programmes and 23 billion for experimentation. Guzzetti also affirmed “that lessons had been drawn from the disaster and its consequences” and it was decided that a foundation would be set up for ecological research, to which Givaudan agreed to contribute a sum of 0.5 billion. Givaudan also pledged to give the future foundation the properties purchased (or was about to purchase) inside “Zone A.” The transaction excluded unpredictable damages that could emerge afterwards, and the damages suffered by private citizens that the Swiss continued to liquidate through its offices in Milan. Guzzetti denied that the Region had to concede something to Givaudan even if the damages calculated by the regional agency amounted to 119 billion, because once Seveso was decontaminated, the factories purchased so work could continue, would remain part of the patrimony of the agency. “We wanted it that way,” concluded Guazzetti, “we transformed one of the greatest ecological disasters of the planet into something positive by launching a message from Seveso so that in the future man may better control the forces of science he may have to deal with in the future.”