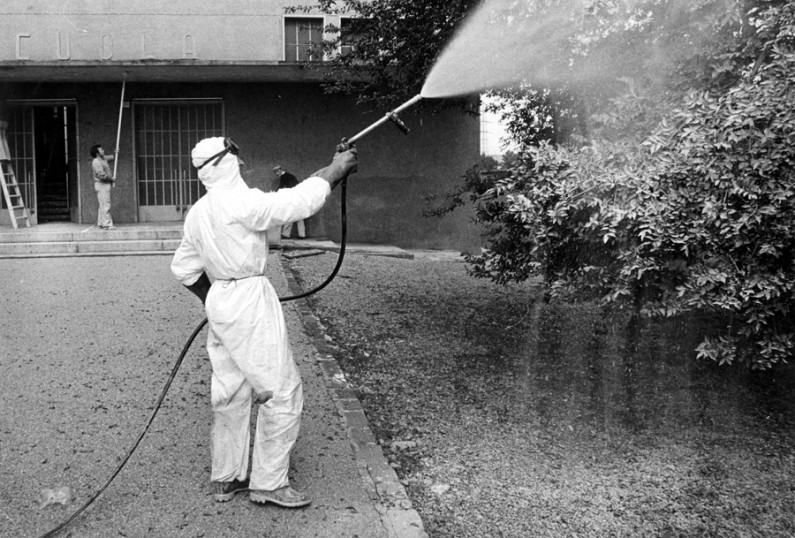 After a meeting held on 23 July 1976 in Lugano, and based on the latest results of the analyses on the contamination of the area and the reports about other similar incidents that occurred earlier in England and Germany, the leaders of the ICMESA, in agreement with Dr. Vaterlaus (head of the Givaudan Research Laboratories), presented their conclusions and recommendations to health officials, pointing out the following:


More
“1_The amount of contamination, which the population of Meda and Seveso could have been exposed to appear inferior with respect to other known cases of intoxication.
2_ The clinical symptoms of people admitted in the hospitals of Niguarda and Mariano Comense correspond exactly to rather moderate effects, compared to clinical symptoms observed in the other cases mentioned […] 3_ We must remember that the analyses were initiated immediately after the incident, which indicated that there was indeed some kind of contamination in the nearby vicinity of the incident. Given the complexity of the procedures of the analyses, there was a discreet amount of time which elapsed between gathering samples and obtaining results.
4_ From the information we gathered on the developments and from the outcome of other previous similar incidents, we conclude that direct contact of the toxic substance with the skin may be dangerous.
After having laid out our conclusions, “with the intention of avoiding all possible contact” with the substance, which may still be present in the area and in order to “allow the completion of the decontamination programs,” the ICMESA has proposed the adoption of precautionary measures that provide the “temporary evacuation of the affected area defined by the map” until further studies provide “without any reasonable doubt the reintegration of the homes.” The residents of the area to be evacuated must avoid “bringing any kind of personal belongings, especially clothes,” which we presume may be possibly contaminated.”
According to the ICMESA, the authorities should also set up rigorous controls that prohibit the consumption of any plant products “by humans and pets alike,” “maintain a medical surveillance program on people that have been admitted to the hospital in the course of many months” and “adopt a medical supervision program of the people” who may have come into contact with the contaminated area, even in the absence of visible symptoms.