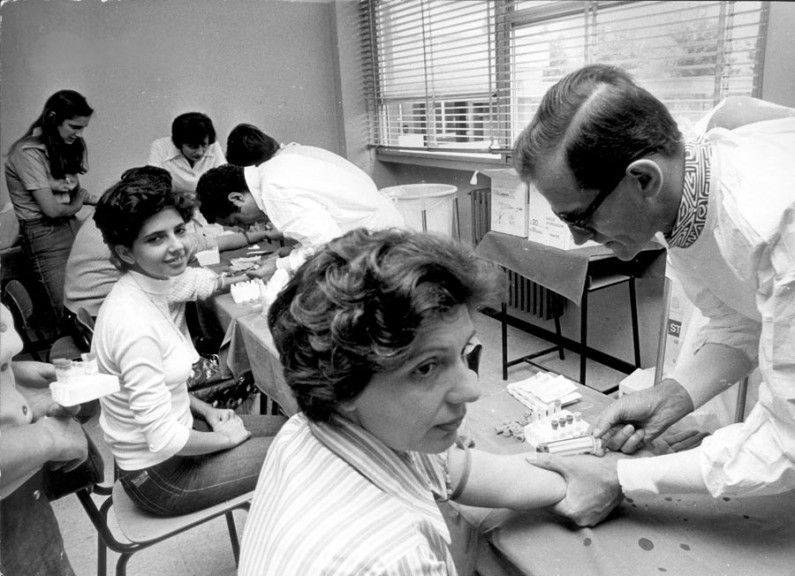 To carry out the operational programmes related to the reclamation of the polluted territory, in January 1977 the Region of Lombardy instituted the Special Office of Seveso, which started operating in July 1977, under the guidance of Atty. Antonio Spallino, and from 1979, under Senator Luigi Noè.


More
One of the most fundamental operational programmes carried out and coordinated by the Special Office was that related to health. The health structures and institutes formulated a plan to monitor the health of the persons struck or at risk, the epidemiological surveillance of the inhabitants and the laboratory research on the effects of dioxin. A periodic health monitoring programme was launched for the population, involving about 42,000 people residing in the territory of the four municipalities most struck by the toxic cloud (Seveso, Meda Cesano Maderno and Desio). In particular, they carried out studies on the acute short-and medium-term effects on the skin (more than 600 cases of chloracne reported), reproductive functions (abortive tendencies), congenital malformations, alterations of chromosomes, liver functions, lipid metabolism, peripheral nervous system and immune system.
Also workers engaged in the reclamation works were subjected to controls. Then studies on the medium- long-term effects were performed: mortality and the incidence of tumours.
The analytical confirmation of the presence of dioxin in the blood of the exposed population was received only from 1987 onwards, when American scholars set up a methodology for measuring the concentration of dioxin in the blood: albeit 11 years had passed, this was made possible since all the serum samples of the individuals examined in 1976 had been frozen and preserved in the hospital of Desio. The results of those analyses, especially for “Zone A,” showed in some cases, elevated concentrations of TCDD.