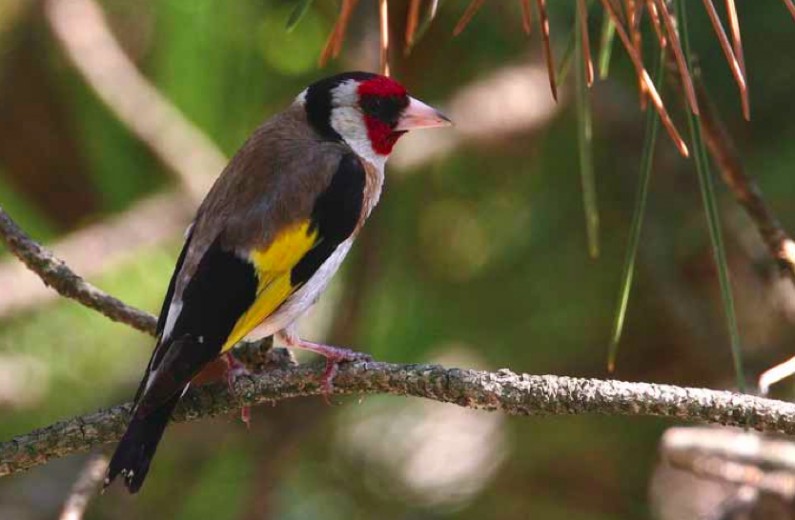 The range of habitats within the Bosco delle Querce makes it the perfect home for a number of animal species. Most plentiful are birds, with 76 different species (42 of which are nesting birds) having colonised each and every corner of the park.


More
The woods and scrublands provide habitats for most of the species that have been recorded in the protected area. During the breeding season, the sound of chirruping is particularly prevalent from species such as the blackcap which lives in the undergrowth, and the chaffinch which can be found higher up in the crowns. The inclusion of wetlands has also brought back elegant grey herons, mallards, common moorhens and the showy kingfishers, while the grasslands form the perfect home for skylarks, tree pipits and red-backed shrikes and, of course, common pheasants.
There are also plenty of diurnal and nocturnal raptors to be found, including European honey buzzards, common kestrels, sparrowhawks and little owls.
The Bosco delle Querce is surely not lacking in amphibians, reptiles, mammals and invertebrates such as butterflies. The mammals, reptiles and amphibians have populated the forest more slowly than birds and there are still not quite as many different species and individuals. It is, after all, harder for them to move around, especially when so much space is fenced off and urbanised. Crossing the road network that surrounds the park is a challenge. Nevertheless, the park has permanent residents in the form of rabbits, foxes, hedgehogs and moles.
In the wetlands within the nature reserve you can also see the edible frog, while at the edges of the park you are likely to come across the green whip snake, a harmless, slender serpent. In spring, the forest’s meadows and undergrowth are taken over by a myriad of multicoloured butterflies: a recent survey put the total number of species at 29, which included both migratory and non-migratory specimens.
Some species of lepidoptera, in fact, have such short life cycles that they never leave their birthplace, whereas others embark on long journeys during which they migrate from one continent to another.
Less flashy, but no less charming, are the common brimstone and the clouded yellow butterflies. Their fast and powerful flight makes them able to migrate hundreds of kilometres.
All animals love tranquility and will run away from noise and sudden movements. We therefore ask visitors to move slowly and silently, and to bring a pair of binoculars if they want.