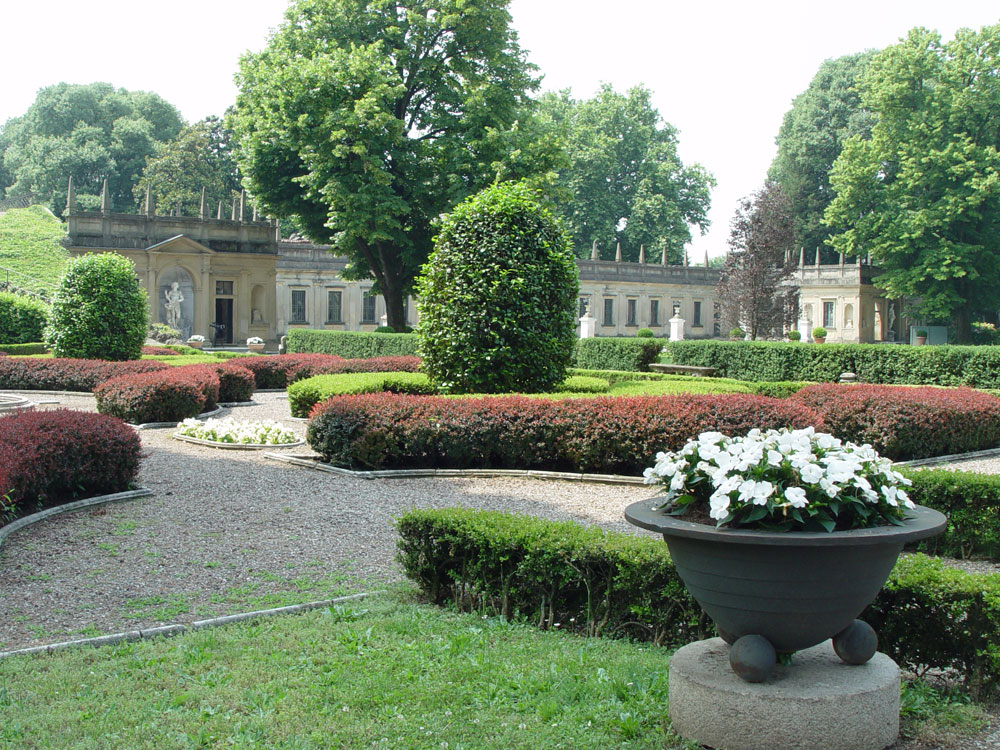 Famous for the intricate fountain water play system of the Nymphaeum in the Villa Visconti Borromeo Litta complex, the park is still today one of the major representatives of life in the Lombard villas of the 16th and 17th centuries.

A fundamental part of daily life rituals in the series of noble villas of Lainate were held in the garden which displayed various aesthetic-figurative areas or spaces assigned to specific cultivations. For example, in proximity with the eastern courtyard, an Italian landscape garden had been laid out according to the same design of the entrance walkway, and terminated in the “Theatre of Diana.” The formal garden, conceived in 17th-century style was structured as a geometric weft in which the key points were the fountains, statues and “green theatres” still visible today, consisting in pavilions with sections of plants or walled structures enclosing fountains or groups of sculptures with allegorical-mythological themes.
From the 17th-century avenue terminating in the “Theatre of Diana,” three big parallel lanes spread out, and following 17th-century concepts, are set orthogonally according to the north-south axis. The first path, extending eastward and today appearing with a step-walkway, is 300 m long and originally divided the garden into two equal parts, one of which was assigned as a wood.
The second walkway, in axis with the Water Tower, ran through a zone of labyrinths set out in big boxwood hedges which today are highly modified, though still perceivable. The third lane is again different. It is located against a background of the southern façade of the villa, which in the 18th century, defined the space in which grand French-style parterres were created, equipped with borderless flowerbeds that led to the wood. The area today is kept as a meadow and the French layout has completely disappeared. As centuries passed, also the “hunter’s hut” disappeared, which was equipped with a kitchen, oratory, living room and two bedrooms with alcove, built with simple material but  used in an extremely cultured and refined style.