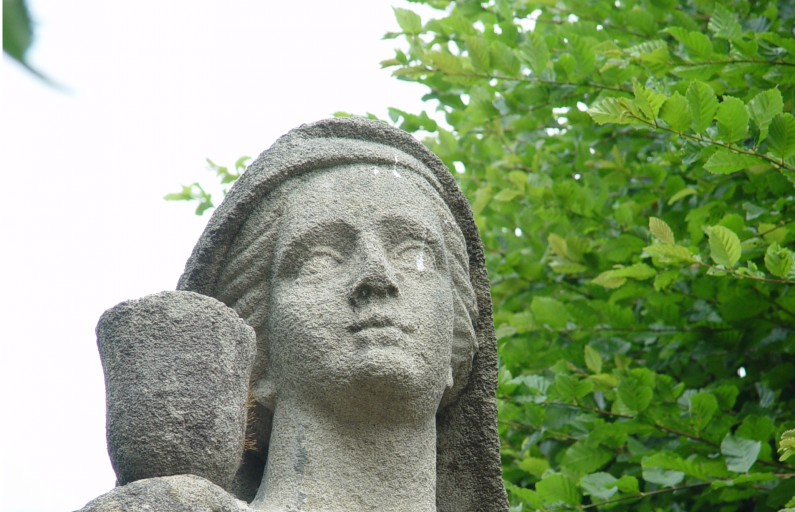 The Big Theatre, also called Theatre of the Four Seasons, the former 18th-century Theatre of the Eight Perspectives, is a scenic area of the park belonging to the Villa adorned with hidden sculptures and highlighted by plant niches and perspective passages created through the profiling and planting of vegetation. In the center of the Theatre is a fountain composed of an ample basin of serizzo stone measuring 5.5 metres wide and 3.0 metres long, containing an articulated and prestigious group of sculptures in its centre. This is composed of two dolphins in white marble with their tails intertwined, supporting a smaller shell-shaped basin, decorated with four big anthropomorphic masks from the mouths of which water sprays issued.


More
The base floor is composed of white and black river pebbles, forming geometric designs. Twelve statues are set around the fountain, and their distance with respect to the geometric focal point of the Theatre is established according to the aforesaid plant perspectives and the scenic effects they wished to create. Unfortunately, this figurative complex which is the result of the co-penetration of sculpture and geometric topiary art, had never been adequately studied and thus presents many documentary defects. Also figuratively it is very difficult to establish each sculpture portrayed with precision, and still today, there is a rather confused interpretation of the entire system’s iconology. Among the statues, however, one can recognise a veiled woman holding a goblet, a nymph seated with a basket of food on her lap, a woman with arms upraised in the act of picking something, and a young man with a child in his arms. In the distance there is an old man sitting on a rocky base, flanked by a young woman with a dove in her hand, a feminine figure eating food from a bowl, a seated man holding a horn of plenty, a smiling woman holding flowers, a man with a dog by his side, a seated male figure, and finally, a woman in front of him.
The Stairs of the dragons issue from the central fountain, named after the two sculptures at the summit positioned at the sides of the stairs. There are monsters with snake bodies, front legs and wings. Their mouths eject water sprays which once cascaded into three shell-shaped basins to end up in a rectangular basin set at the foot of five wide and low stairs, decorated with the same river pebbles that surround the central fountain.