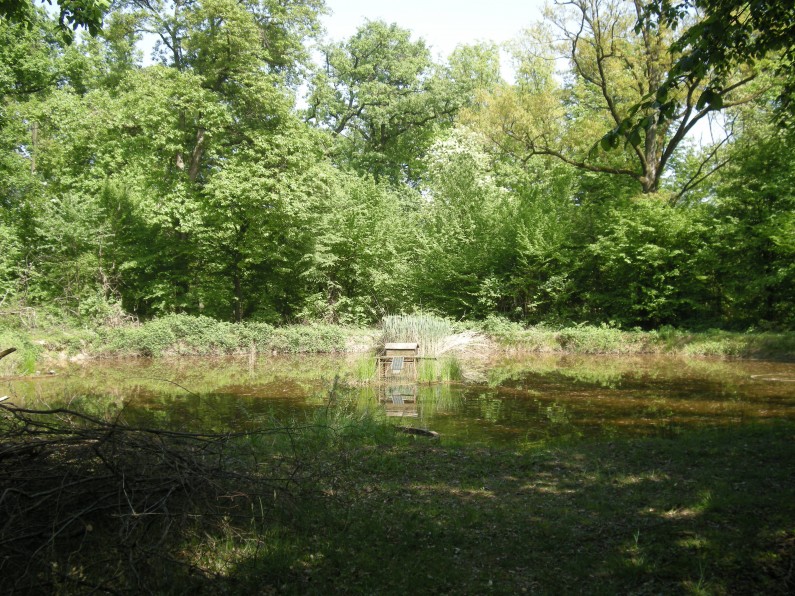 The artificial lake found at the centre of the big garden is still today an element of great naturalistic interest, even if less attended to compared to the past. This water body was even praised by some visitors who honored the peace and bucolic charm they found in verses and poems. It must have been, in fact, one of the main attractions of the Villa Arconati Park, since it impressed viewers with its placid waters, aquatic plants, and animal species such as fish and birds that lived in it.


More
Also in this little lake there were water shows, as documented in testimonials of those times, with water jets and small spurts to arouse the marvel of guests, and continuous water fountain effects disseminated as a surprise along the entire walkway. There were reports of letters sent by the noble guests invited by the Arconati family, and who had the chance to trace the waters of the little lake with small rowing boats.
Water activities were fundamental rituals of life in villas of the past centuries, since they offered the nobles and dames a means of relaxing and refreshing themselves during the torrid summers in Lombardy. In the center of the lake there are still three round bases of stone, that must have once been the water-spurting elements of the fountain, but which are no longer working today. In 1991, the lake became an exhibition point and nature site in which the sculpture, “La Sequenza” of Fausto Melotti was exhibited. This work, completed ten years earlier, consisted of a metallic structure painted in red, recalling the keys of a grand piano. Selected by the critique, Germano Celant, in the framework of a vast retrospective tribute to the great artist from Rovereto, this sculpture remained on the site up to 2004, when it was moved to the entrance courtyard of the Bicocca Hangar of Milan.