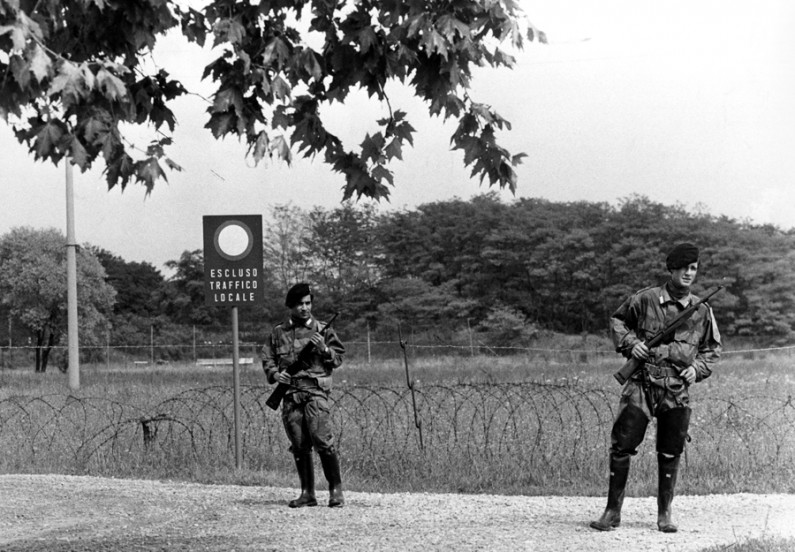 On 11 October 1976, a group of evacuees from “Zone A” peacefully occupied a part of the contaminated area and temporarily blocked off the Milano-Meda highway. The demonstrators demanded that the authorities immediately decontaminate the territory so they could return to their homes as soon as possible, and to reopen Corso Isonzo to traffic, since it connected directly to the centre of Seveso. After lengthy negotiations, it was only late in the evening when the demonstrators decided to abandon the contaminated area after the authorities promised to reopen a road connecting Baruccana and Seveso, and to study a system together with representatives of the evacuees, to close off the highway until the area was completely decontaminated.


More
Another reason for the contrast between the regional authorities and the population of Seveso, was the choice to prioritize, among other various considerations, the reclamation of the area, and the construction of an incinerator to eliminate the dioxin. In late August, the regional authorities asked the municipality of Seveso to decide on the location of the incinerator, which would occupy an area of 36,000 m². The municipal council decided, with only one abstention, to locate the incinerator north of the cemetery.
This decision was questioned by the population to the point that on 14 November, the city council of Seveso decided to repeal the decision of 29 August and requested the Region of Lombardy to suspend the call for tenders for the construction of the incinerator and accept the decontamination proposals made by the “Citizens’ Coordination Committee.” The latter suggested a controlled waste disposal method, that is, to place contaminated materials in concrete and seismic caissons and partially or totally bury them in the ground covered by soil and plants. According to the proposal, the caissons should be buried in the ground by ICMESA.
All these contributed to the sense of “distrust” in the central agencies, which could already be felt in the first days after the incident and which forced the central agency to issue “reassurances” about their activities. In November, a poster appeared on the walls of the city signed by Golfari, President of the Regional Council stating the following: “Citizens of Seveso! To avoid any confusion that may arise from the news, we will give you periodical announcements through posters. In fact the Regional Council is the only authority that can tell you where things really stand. We are counting on your sense of responsibility and you can count on our commitment and solidarity.”
In December 1976, spurred by the motivations expressed previously, the population renewed its protest by closing off the Milano-Meda highway, while concentrating its efforts on the idea of building an incinerator. This latest protest by the citizens of Seveso urged Golfari to take a tougher stance and told the “Corriere della Sera”: “In this matter regarding dioxin, up to this moment we have looked for a consensus and have tried to stimulate participation, and we were far too flexible. But now we have to make definite decisions with or without the consensus of the population. This matter has been tainted with ideology which has nothing to do with dioxin. Enough is enough: the programs have been defined and I don’t intend to change them. I will carry out the decontamination at the cost of using force.”
Other than the president of the Regional Council, the name of ICMESA and Givaudan appeared in the posters of the protesters and it seemed that the Region was being isolated: “with the strange concurrence, for example, of the acquisition of contaminated homes, which were negotiated directly with union lawyers.” Furthermore, Golfari concluded and affirmed that: “The tragedy of Seveso is a public event and cannot be privatized. Givaudan should come to the Region to confer and negotiate with us. The whole issue is complex, involving complicated problems and their solutions are plentiful. But we should be very careful and guard against speculation. This matter contains many crossed lines and varied interwoven interests that bring confusion and I don’t know where all this will lead.
It almost seems that everyone has turned against us, that it was I who killed the farmer’s cows which had their livers destroyed by the dioxin or it was I who burned the faces of the children who were brought to the hospitals. It seems that the dioxin was scattered by the Region of Lombardy and not by ICMESA. I don’t know if Givaudan has taken an active part in this three-card game. I am certain of one thing, Givaudan profits from the stupidity of others.”
ImagesVideoAudio