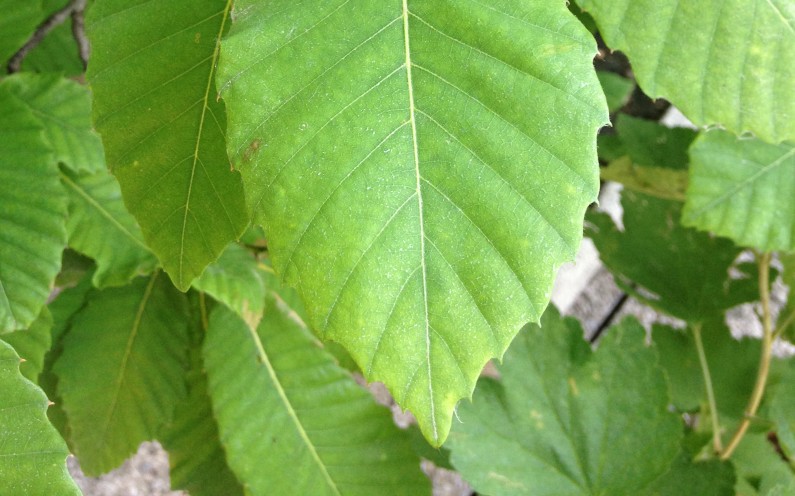 In the past centuries, in the park adjacent to Villa Arconati of Bollate, there was a long dramatic avenue of horse chestnut trees (Aesculus hippocastanum), located at the end of the exedra plan of the French parterre, right in front of the southern part of the structure. This tree-lined pathway leads to the gate that links the park of the Villa to the adjacent forest. Here, the predominant tree species are deciduous, typical of the primeval forests of the Po valley, such as the hornbeam (Carpinus betulus), oak (Quercus robur), beech (Fagus selvatica) and chestnut (Castanea sativa). The last probably originated from Central Europe and Asia Minor, and can already be considered an indigenous plant of Italy. In fact, the Romans spread them over the Alps and the northern Apennines and then to other parts of Europe.


More
Chestnut trees which belong to the Castanea species and the Fagaceae family are tall, with broad foliage and thin branches. These branches sprout with lance-shaped leaves, with alternating uneven outlines and parallel veins which are rather conspicuous.
The flowers are peculiar because they appear to be grouped in catkins, similar to small spikes that can have either only male flowers similar to yellow ribbons, or male flowers found towards the apex. The female flowers are green, very small and found at the base. The fruit looks like a spiny, green hedgehog that opens in autumn to release one to three edible brown fruits: the chestnuts.
In October, while strolling through the forest adjacent to Villa Arconati, it is possible to pick some of these fruits which have high nutritional value, acknowledged even in ancient times. The delicacy of this fruit and the presence of these trees in the wood adjacent to the park could not have been unknown to the Arconati family who organized gatherings in Castellazzo as the only place of relaxation for the leisure-loving nobility, bringing attention to its potential in agricultural production. Fortunately, the trees of the park of the Villa and the neighbouring chestnut trees do not seem to be prone to particularly old or newly introduced parasitic adversities that in many areas are posing serious problems of conservation in parks, woods and historic gardens. Among the most virulent attacks of recent years are certainly cortical cancer and cynipid gall, which are opportunities to draw attention to the important role the chestnut tree has in our cultural heritage. Thanks to continuous maintenance and other exogenous factors, Bollate has not still been reached by the insect known as gall wasp or Chinese wasp (Dryocosmus kuriphilus) which in these past few years has proved devastating for the chestnut. It is an insect capable of modifying the buds of the chestnut turning them into galls. Its spread in areas not yet infested may take place through the direct flight of the female wasp or through the commercial exchange of infected materials. The formation of the galls affects the buds, leaves and inflorescences. During heavy attacks, plants manifest a reduction of growth, thinning foliage and general decay that make them even more vulnerable to other adversities.